There was a possibility of minor detente between the left and the right yesterday when Alexandria Ocasio-Cortez posted the following to Twitter.

To which Ted Cruz replied.

So there was the possibility of people with two diametrically opposed political world views coming together to combat an unjust situation. Instead of building a coalition AOC replied with the following.

AOC forgets that Ted Cruz was also in the Capitol during the protests and riots of January 6. He was at risk of being injured or killed just as much as she was, especially given that as more information comes out we find that there were people of many political leanings entering the Capitol.

His actions were limited questioning the Electoral votes of certain states which is no more than what Democrats have done in many prior elections.

So, which party wants civilized discourse?

House Speaker Nancy Pelosi is attempting a Coup against the lawful authority of the President of the United States.

There are lawful methods for removing a Presidents authority over the military. Nancy Pelosi should be prosecuted for sedition for trying to subvert those lawful processes.

Over the past four years there have been repeated attempts to portray President Trump as unhinged and liable to arbitrarily start wars and launch nukes. A few moments of thoughtful consideration will demonstrate this idea is ludicrous.

Firstly, he hasn’t started any wars. In fact he has been removing troops from other countries.

Secondly, he’s not going to launch nukes. Who would he nuke? Why would he nuke them? What would the ramifications be? He has hotel properties all over which make soft targets for retaliation. Those properties have no special protections while he is President, let alone when he’s out of office. He has children and grandchildren who he obviously cares about. Why would he risk their inheritance? In other words he has much to lose personally, but nothing to gain.

President Trump may be uncouth but he’s not self destructive. The Trump is unhinged narrative demonstrates more about the unhinged state of the Democrats and their media allies than it says anything about Donald Trump.

The Democrats are finally ready to condemn violent protests because a few people broke into the US Capitol building.

Just a few years ago Washington democrats argued that education was our paramount duty, Washington teachers took the state to court, the state supreme court agreed and said the state wasn’t following the Washington constitution by not adequately providing for education. 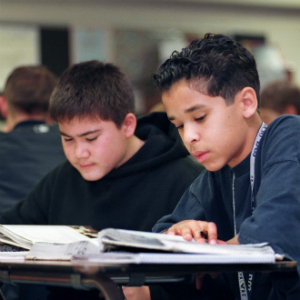 Education: our paramount duty – and the key to our future – Washington State House Democrats
Educating Washington’s children is not just our state’s paramount duty, it’s the most important thing we can do for our state’s economy. Equipping students with the skills they’ll need to qualify for the jobs of tomorrow is key to their success and our thriving future.

Now it’s not so important…. destroying children’s lives by locking them up at home and trying to terrify them is more important…

Meanwhile “essential” stores like pot shops are open for business ….

What to believe? According to some we’re all going to die. Others say it’s just a flu. There’s plenty of fodder to support any position imaginable.

What is the truth?

Ultimately whatever the government may try and order, people will do what they think is best if they can get away with it. 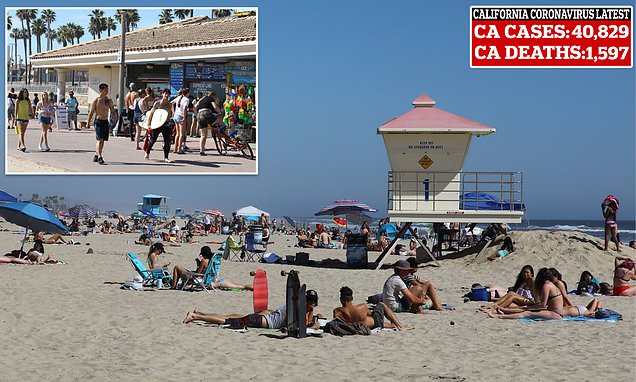 Thousands of Californians flock to open beaches during the heatwave
Ventura County residents flock to the beaches after parks and trails are allowed open amid a heat wave in California.

Every year several families in the area get together for a weekend campout at one of the nearby campgrounds. We usually take up almost an entire loop and the kids have a great time visiting with friends until all hours.

I like to ask high schoolers what plans they have for when they get out of high school. One particular girl said she wanted to ‘Change the World’. As she said this a garbage truck was going through the campground emptying the dumpsters. I pointed out to this girl that the garbage man is changing the world. Naturally she wasn’t too impressed with this response, but it reminded me that we all change the world.

In the movie Jurassic Park, Malcolm educates Ellie on the Butterfly effect wherein a “A butterfly can flap its wings in Peking and in Central Park you get rain instead of sunshine.”

A similar idea applies to changing the world. We all change the world by every action we take. Without the garbage man the dumpsters would overflow and the campground would be a stinking mess. No one would want to visit. We may get angry and think to ourselves, if this other person doesn’t care, why should we? Eventually everything is a mess.

Changing the world can come in many forms, there are those who are well known and those who quietly go about there job doing the best they can day in and day out. There are far more of the latter type of person than the former. We should appreciate them more. We should also remind ourselves that when we do a good job, no matter the task, we are changing the world to be a better place.

In Wisconsin a teenage girl was threatened with arrest for disorderly conduct if she didn’t remove an Instagram post about her COVID-19 status.

The family with the assistance of the Wisconsin Institute for Law and Liberty is aiding the family in a lawsuit against the Sheriff’s Department for violating First and 14th Amendment rights. The Sheriff responded:

Sam Hall, an attorney for the sheriff, said the teenager “caused distress and panic” among other parents by claiming she had contracted the coronavirus despite getting a negative test result.

“This case is nothing more than a 2020 version of screaming fire in a crowded theater,” he said, referring to speech that is not protected by the First Amendment.

While watching YouTube it’s easy to get caught up in all the things everyone else does and begin to feel pathetic about your own existence. You need to remind yourself that you’re amalgamating the lives of many people into one fictional super person who does all kinds of interesting things. The reality is that you are watching many people who each individually probably aren’t all that exiting.

This person can amazing at the piano, that person is visiting desert islands while sailing across the Pacific, this other person is building amazing machines with their 3d printer. They are all different people. If you look at the pianist, they spend thousands of hours to get there, it’d be pretty boring to watch them practice. The sailor spends days staring at vacant ocean, which would be boring to watch, the person building amazing machines spends many hours designing the machine (unless they’re lazy and download it).

Each of them lives a pretty boring life while they’re putting in the prep work for the highlight reel that you get to watch on YouTube. Then you take the highlight reels of many people and mush together in your brain and feel inadequate.

You are not inadequate though. If you are using your talents and abilities as best you can in the circumstances that you find yourself then you are making the world a better place.

To leisurely walk around and look at things.